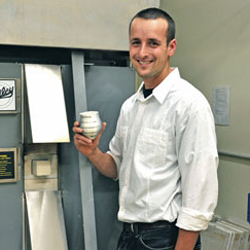 Peter began his study of ceramics through classes at the Genesee Pottery while in high school. He earned his Bachelor of Fine Arts in Ceramics and Metal Work from Alfred University in 2005. After graduating, he moved to Mendocino, CA, where he was awarded a residency at the Mendocino Art Center. From 2006-2009, Peter served as the studio manager and instructor at the Turk Hill Craft School in Fairport, NY. In 2011, he received his Master of Fine Arts degree from Alfred University. Peter has come full circle and is currently the studio manager at the Genesee Pottery, where his studies began. In addition, he is Adjunct Professor of Ceramics at Roberts Wesleyan College in Rochester, NY. Peter has a studio in Penfield, NY, and spends much of his free time sanding plaster, playing with colored slip and taping bisque-ware. 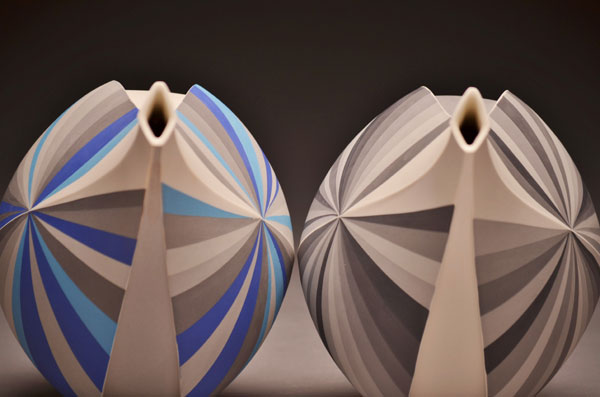