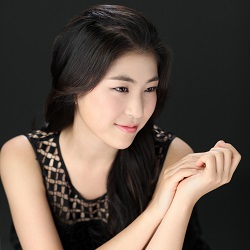 In addition to giving solo recitals, Dr. Song is an avid chamber musician whose love of collaboration started at the age of eight when she accompanied all the singers and instrumentalists for talent shows at her elementary school. Later, she played for the choirs at her Sunhwa Arts High School and Seoul National University.  During the 6 years of her Graduate Award at the Eastman School of Music, she performed a wide range of repertoire, ranging from J.S. Bach to Verne Reynolds and other contemporary composers, and she continues to perform with instrumentalists and singers as a freelancer collaborative pianist.

A member of the Adjunct faculty at Roberts Wesleyan College, Dr. Song is also on the faculty of the Roberts Community Music School, and the Hochstein School of Music as a Piano Instructor. Concurrently, she is a collaborative pianist at SUNY Geneseo and Eastman Community Music School.  After earning her Bachelor’s degree in Piano in Seoul National University in 2012, she moved to the U.S. to continue her music studies at Eastman, where she earned her Master's degree (2012-2014) and DMA degree in Performance and Literature (2014-2019) under the tutelage of Professor Rebecca Penneys.