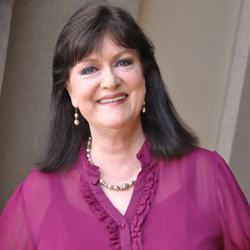 Ms. Fee has performed often on the Live from Hochstein recital series on Rochester’s WXXIfm; and with the Rochester Chamber Music Society; the Rochester Philharmonic/RPYO in Górecki’s Symphony No. 3 at Eastman’s Kodak Theater; and as guest soloist for the Opera Guild of Rochester. She has taught voice and French diction on the faculty of the Franco-American Vocal Academy in Périgueux, France, and since 2014 has been a member of the voice faculty of the Crescendo Summer Institute in Tokaj, Hungary, where she will return in 2020. She served on the Alumni Council of her alma mater, Westminster Choir College, for over 10 years, most recently as president. She is currently president of the Westminster Foundation.

As vocal program director at Roberts Wesleyan College, guests she has invited to perform and present master classes include Metropolitan Opera artists Ben Heppner, Sharon Sweet, Michael Sylvester, and Tracy Dahl; and Vienna State Opera coach/conductor David Aronson and soprano Sylvia Greenberg. Under her direction, Roberts Opera Theatre has presented fully-staged productions of operas with orchestra including The Marriage of Figaro and The Magic Flute by Mozart; Humperdinck’s Hansel and Gretel; Purcell’s Dido and Aeneas; The Mikado, and Pirates of Penzance by Gilbert & Sullivan; Menotti’s Amahl and the Night Visitors and Old Maid and the Thief; as well as fully-staged scenes from opera and musical theatre including Don Giovanni, La Bohème, Carmen, Eugene Onegin, Susannah, Der Rosenkavalier, The Ballad of Baby Doe, Giulio Cesare, West Side Story, Wonderful Town, Bye Bye Birdie, and Fiddler on the Roof.