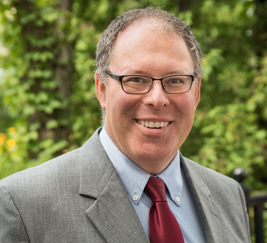 Dr. Frank has taught in the fields of music theory and organ, serving on the campuses of the Eastman School of Music, the River Campus at the University of Rochester, SUNY Geneseo, and Loyola University in New Orleans, as well as Roberts Wesleyan College.

Dr. Frank returned to the Rochester area with his family after Hurricane Katrina in 2005.  Since 2008, he has taught as a Senior Lecturer in Music Theory at the University of Rochester, as well as teaching as a member of the Music Theory Department at the Eastman School of Music.  Active as a church musician for almost thirty years, he has served as Organist of the First Presbyterian Church of Pittsford since 2010.

Dr. Frank’s recital appearances have been in Oberlin, Rochester, Chicago, and Boston.  He appeared on television in an episode of the ‘American Experience’ on PBS, in a program about George Eastman, the founder of the Kodak company, starring as Mr. Eastman’s personal organist, Harold Gleason.

Dr. Frank enjoys teaching with a passion and views performance and music theory as really one and the same thing.  He has an abiding interest in the music of J. S. Bach, popular music of the 1960s and 1970s, and the study and practice of keyboard skills as it relates to music theory topics.  In addition, he takes great delight in spending time with his family:  his wife, the Reverend Cheryl Frank of Greece Baptist Church, and daughters Helen and Joanna.

D.M.A. in Organ Performance and Literature - Eastman School of Music