The Birth … and Rebirth … of a Spiritual Leader 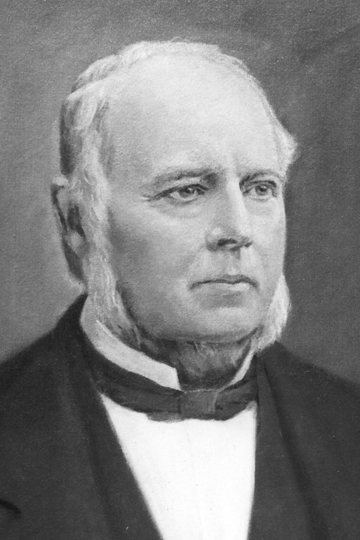 Benjamin Titus (B.T.) Roberts, the founder of Roberts Wesleyan College, was born south of Buffalo, New York in 1823.  By the age of 16, he was a schoolmaster and studying law.  Nearing acceptance to the bar in 1844, and facing a spiritual climax near his 21st birthday that year, he made a crucial decision. “Christ demanded an unconditional surrender,” he said. “I made it.”  Giving up his legal apprenticeship, he committed to train for the Methodist ministry.

He attended the Genesee Wesleyan Seminary, a liberal arts college-preparatory institution in 1845 and later that year was admitted to Wesleyan College, in Middletown, Connecticut - the best that Methodist higher education had to offer at the time.  It is here that he met Ellen Stowe, who would become his wife and lifetime partner in ministry.

Dissent and Rejection From The Church

By 1853 Roberts, an ordained minister in the Methodist Episcopal Church, grew increasingly uncomfortable with the way the church was organized and run.  He noted an actual decline in the growth of Methodist church membership in upstate and western New York.  He attributed this decline to a low spirituality among the church members and ordained leadership, whom he believed were more focused on the worldly (financial) than spiritual issues.  This, he claimed, is typified by the “prevailing practice of selling or renting the seats [pews] in our houses of worship,” a practice he claimed “drives away the poor who cannot afford a seat in the house of God …”

He openly called for a change to “free” Methodist churches, and he was not alone.  The formalism and pro-slavery nature of the church pushed others away as well.  He and other ministers were put on trial by the Genesee conference in 1857 & 1858, resulting at first in censure and then expulsion from the Methodist Episcopal Church.

Roberts soon became a leader in a new movement growing within the church - Free Methodism - which was officially organized as a denomination in 1860 in Pekin, New York, near the home of Isaac and Samuel Chesbrough, other leaders in the movement.  Roberts was elected general superintendent.

Even before the formation of the Free Methodist Church, Roberts had been thinking of starting a school where poor boys and girls would receive a Christian education.  In 1864, he and Ellen moved from Buffalo to Rochester in anticipation of founding just such a school.  They purchased a 145 acre farm in nearby North Chili for a total cost of $17,000.

Built in 1850, the farmhouse, known as the Rumsey mansion (after the previous owners), sat astride Town Line Road (known today as Westside Drive). The Chili Seminary opened its doors that year in one room of the farmhouse.  “Children should have religious training,” Roberts stated, “Their welfare for both worlds requires it.”  Roberts served as principal and president of the Board of Trustees, a position he held for most of the rest of his life.  The school remained an active farm where students also learn by working.

In 1885, the school name changed to Chesbrough Seminary.  Today, known as Roberts Wesleyan College, it is much larger and offers a vastly expanded curriculum. Yet the college remains true to its founder’s ideals.

Roberts said, “[Such schools] bring together the young people who are Christians and so form a community of young people in which the prevailing sentiment is Christian, where the weak feel the support that comes from a strong public opinion and the knowledge that the influence of authority is behind them to aid and sustain.”