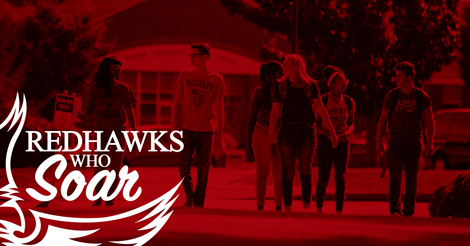 Roberts Wesleyan College is proud of its 19,356 living alumni who are working in the fields of healthcare, social work, business, education, criminal justice, ministry, non-profits and entrepreneurship – to name a few!

Alumni on the Move 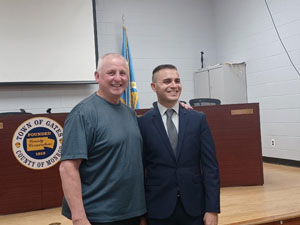 Tyler Pratt’13 (Criminal Justice) was sworn in as a police officer with the Gates Police Department on May 23, 2022. While Pratt was an intern with the Gates Police in 2013, he received a letter of commendation for demonstrating a calm demeanor and willingness to help while rendering aid to an unresponsive person. Congratulations on accomplishing your goal to be a police officer!

Amie Hendrix’08 (Strategic Leadership, MS) has been named Geneva’s next City Manager. Previously, she has worked for Tompkins County and the city of Ithaca. 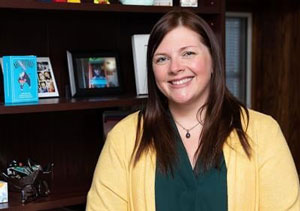 “I think that one of the things that intrigued me about it is there’s a lot of passion there,” Hendrix said during a phone interview this week. “There’s really a desire to make it better, and I’m excited for that. I’m definitely looking at the positives. … There’s a lot of challenges, but a lot of opportunity.”

Leah Stacy’08 (English) began a new position as the publicist and director of social media for the Rochester Fringe Festival in May.

Tim Antonacci’21 (Religion and Philosophy) is interning this summer at Duke Divinity School at Ann Street United Methodist Church in Beaufort, NC. Through his studies he has developed a passion for systematic theology and helping others through his work.  He hopes to explore ministry through academic work, specifically to look closely at Christian theology and mental health issues in our world. In this role, he will be educating and serving others.

Kenny Aderounmu’17 (Business) will be serving as the Sales and Operations Manager for the Community Institutes effective July 5.

Dan Fenton’15 (Business) will be serving as the Data, Tech and Communications Manager for the Community Institutes effective July 5.

Jason Dave Brown’90 (Business Administration) is the President and CEO of the Capital District YMCA in Albany.  Since 2007, Brown and his staff of 1,400, have been serving six counties and 90,000 members at 11 branches, 65 child care program centers, two summer camps, two residence programs and senior housing.

Natasha Moshkovsky’20,’21 (Social Work MSW) served others by helping refugees along the Ukrainian border and as an interpreter for two weeks in April. Moshkovsky, who was born in the United States of Ukrainian descent, worked with the Catholic Family Center to resettle Ukrainian refugees.

“I knew I had to help in some way and being in the position of having the language that – unless you live in the Ukraine you don’t know how to speak Ukrainian- so having that language skill and the ability to have the time off, I just knew I had to go," she said.

Read the story on 13WHAM Rochester.

Mercedes Ulaszewsk’16 (Strategic Marketing, M.S.) was awarded the 2022 Educator of the Year from the Rochester City School District on May 26.

Robert E. Jones, II '94 (Studio Art and 2009 Athletic Hall of Fame Recipient for Men's Cross Country & Men's Track and Field) is being honored on June 16 at the Destiny Christian School for a lifetime service award. Jones is described as kind, jovial and high energy by students, staff and families at Destiny Christian School where he is a physical education teacher and minister for chapel services. 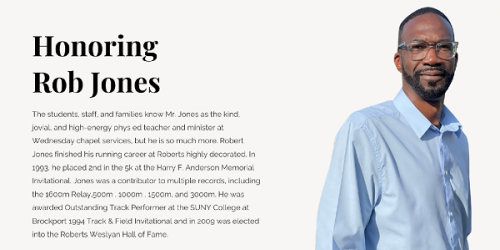