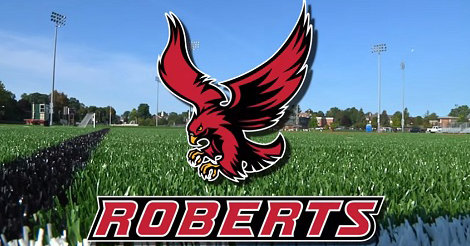 Roberts Wesleyan College is pleased to announce that three athletic teams are East Coast Conference (ECC) champions. The women’s lacrosse team (13-1) won its first-ever ECC championship on May 8 after defeating Mercy College 10-9 in the ECC title game. Earlier this month, the women’s track and field and men’s track and field teams were also named ECC champions after successful performances in the conference. These three wins bring Roberts to five ECC Championships during the 2020-21 academic year. The college’s women’s basketball and bowling teams were named ECC champions earlier this year.

“I’m so proud of the success that our student athletes have had at the ECC championships this year,” Roberts Wesleyan College Athletics Director Bob Segave said. “The hard work and determination of these teams alongside their coaching staff has paid off in strides and has added another historic chapter to the Redhawks history books.”

The women’s lacrosse team was also named the top seed in the East Regional for the NCAA Division II Lacrosse Tournament. The NCAA bid is the first in the program’s history for Roberts. The tournament's other top seeds are: Atlantic Region, West Chester (13-0); Midwest Region, Indianapolis (14-1); South Region (12-1). The four winners of each regional will be re-seeded for the semifinal round. Roberts will host the first two rounds of the NCAA Division II East Regional on May 14 and 16.

Roberts never trailed in the game but saw the top-seeded and 15th-ranked host Mavericks (12-2) rally from a six-goal halftime deficit to tie the game twice in the final 13 minutes before the second-seeded and 16th-ranked Redhawks netted the winner on a goal by senior Taylor Nathan with 2:33 to play.

The Redhawks won the ensuing draw control before Mercy forced a turnover and regained possession. The Roberts defense, led by goalie Natalie Arieno, came up huge on two occasions in the final 41 seconds to secure the title. A fast start fueled Roberts early, as the Redhawks jumped to a quick 2-0 lead in the first 7:39. Mercy got on the board with 21:56 remaining in the first half, but Roberts rattled off a 5-0 run to take a 7-1 lead into halftime.

Mercy (12-1) regrouped at the break and scored five goals while holding Roberts scoreless over the first 17:19 of the second half. Mercy rallied again, scoring twice in 53 seconds to make the score 9-9 with seven minutes to play. Giancursio and Nathan worked their magic about four and a half minutes later. The victory gave Roberts a 2-1 edge over Mercy this season, with all three games played on the Mavericks' home field.

On May 1, the Redhawks won 13 of the 18 individual events and all three relays while rolling to the East Coast Conference championship on Saturday. Roberts finished with 332 points, Daemen College was second with 119, St. Thomas Aquinas College took third with 86 and Molloy placed fourth with 43.

The Roberts quartet of Jennifer Zambuto, Julianne Lewis, Emma Rath and Kylee Odell won the 4-by-800 relay in 10:20.88 and the 4-by-400 relay of Skeete, Ottolini, Bailey Gostomski and Abigail Gostomski was victorious in 4:06.91.

The Roberts Wesleyan College men's outdoor track and field team is back on top of the East Coast Conference. Roberts finished with 251 points to outdistance Daemen College (142), St. Thomas Aquinas (141) and Molloy (94).

The 4-by-400 relay team of Matthew Wottawa, Teddy Pintabona, Ryan Karker and Josiah Ottolini set an ECC record of 3:22.43 to put an exclamation point on a stellar all-around performance for the Redhawks.

The Redhawks were strong in the distance events. Junior Shane Pease, who placed first in 32:58.43, led a 1-through-4 sweep in the 10,000-meter run. Christopher Sims, Timothy Kennel and Evan Rogotzke followed Sims across the finish line. The Redhawks also took the top four spots in the 1,500, with Ottolini leading the way in 4:08.82.