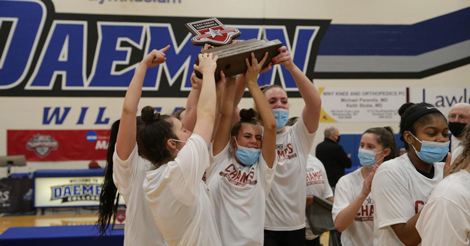 For the first time in its program history, two Roberts Wesleyan College women’s teams are East Coast Conference champions after the Redhawks women’s basketball and bowling teams win their first-ever ECC Championships this month. The College’s women’s basketball team finished the season with a 12-7 record, an East Coast Conference title and Sweet 16 appearance, becoming the college’s most decorated basketball team since becoming part of the Division 2 program in 2014.

“What an amazing run these young ladies went on to close out the season,” Roberts Wesleyan College Athletics Director Bob Segave said. “Each game seemed like a must-win after their 3-6 start and they persevered to make history. Our coaching staff was able to keep the team focused on one game at a time and that mentality served them well right into the Sweet 16. They won nine straight games. For that, we are all so proud of this team and the excitement it brought to a challenging year for us all.” 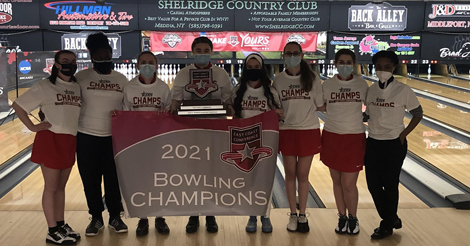 “What a great run to their first ever Division 2 conference title,” Segave said about the bowling champions. “In only their fifth season of play, the Redhawks women’s bowling team is on their way to the NCAA National Tournament. This team persevered like no team I have seen in recent memory. Overcoming obstacles both on and off the lanes, I can't wait to see what this team accomplishes in Missouri.” 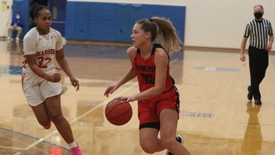 On March 6, the Roberts Wesleyan College women’s basketball team knocked off No. 1 seed Daemen College, 59-53. Roberts entered the championship on a six-game winning streak, but hadn't beaten Daemen in the past seven matchups between the teams heading into the title game. In the end, the Redhawks upset the nationally ranked Wildcats to win the ECC Championship. Junior Taryn Wilson had 19 points and was named the Most Outstanding Player of the tournament. Senior Paige McCormick and junior Dimitra Gkizani scored 17 points and 12 points, respectively. Both players were named to the All-Tournament team.

The conference title win earned Roberts an automatic bid to the NCAA Division II Tournament. It was the first time in program history competing in the 48-team tournament. After a win over American International on March 12, the Redhawks returned to the court on March 14 against top-seeded Dominican College. The Redhawks were led by double-doubles from juniors Dimitra Gkizani and Taryn Wilson. Gkizani finished with 20 points and 10 rebounds. Senior standout Paige McCormick nearly joined the double-double crew falling just one rebound shy. McCormick had 18 points and nine rebounds. A late comeback led to a 77-73 double-overtime victory for the Redhawks and spot in the Sweet 16. This marked nine straight wins for the Redhawks, as they had not lost a game in a month.

Roberts Wesleyan women's basketball team's magical run in the NCAA Division II National Championships came to an end March 15 following a 58-40 loss to Daemen College in the East Region Finals. Senior Paige McCormick was the lone scorer in double digits for Roberts with 17 points. Both McCormick and junior Dimitra Gkizani were named to the All-Tournament team for their performance over the last three games.

Roberts women’s basketball finished the season with a 12-7 record, an East Coast Conference title and Sweet 16 appearance, becoming the program's most decorated basketball team in the Division II era. 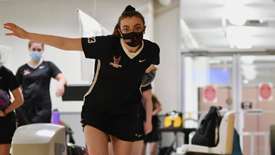 The Roberts Wesleyan women's bowling team captured its first East Coast Conference title in program history on March 18 with a 2-1 comeback win over Daemen College. The Redhawks will now move on to the NCAA Championships scheduled to take place April 7-10 in North Kansas City, Missouri.

The match came down to the wire between Daemen and Roberts in the best-of-three megamatch format. The Redhawks dropped the first traditional game 967-816 to the Wildcats, forcing a must-win total pinfall Baker match in the second game. Roberts was able to hang on to the lead throughout the Baker match, despite just a four-pin advantage going into the final game. The Redhawks came out on top 959-911.

The final match of the night to decide the tiebreaker was a best-of-seven Baker match. After falling behind 3-2, Roberts rallied back to win the final two games and claim the ECC Championship.

Senior Kayla Kawyn was named the tournament's Most Outstanding Bowler and fellow senior Sarah Gerken was named to the All-Tournament team.