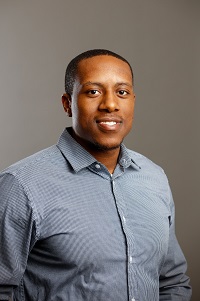 Roberts Wesleyan College is pleased to announce the promotion of Herb Alexander to chief diversity officer. In his new role, Alexander will report directly to President Deana L. Porterfield, leading efforts and initiatives that inspire the college community to value and celebrate diversity and facilitate a culture where all people feel safe, valued and empowered through education and advocacy. Alexander will work closely with students, faculty and staff, as well as the Office of Diversity & Equity, to further develop and administer training, programming and resources that help the greater community realize and address implicit biases that serve as barriers to equitable access for everyone.

Alexander assumed his role on Sept. 7 from Ruth Logan, vice president for student and organizational development and former chief diversity officer, who pioneered diversity and inclusion efforts on campus and served in the role for the past 20 years. Logan will continue in her role as vice president for student and organizational development, Title IX officer, and lead of Roberts Wesleyan’s Emergency Response and Roberts Restart teams.

Alexander has served the college for the past three years in progressively higher capacities, beginning his career at the institution as director of multicultural student success before assuming the role of director of the Office of Diversity & Equity, the first department of its kind he helped to establish at the college. Most recently, he served as the associate dean of students, a role he will continue to fulfill as chief diversity officer, working alongside the Office of Student Life. At Roberts, Alexander also founded the College Resource Group for Race & Ethnicity for faculty and staff, and launched the Gateway to Success Student Transition Program.

“Herb is an outstanding young professional who has earned his rapid trajectory of increased responsibilities at Roberts Wesleyan,” said Deana L. Porterfield, president of Roberts Wesleyan College. “He has effectively helped move the college toward a greater understanding of equity, microaggressions and diversity, and has become a significant voice for our campus community on finding a way forward in understanding racism and justice. I am confident that he will effectively lead us forward as we endeavor to promote fair and equal access for all and champion an inclusive culture through a commitment to equality and diversity on our campus.”

Announced in August, Alexander will also serve as an executive project manager on a joint criminal justice research initiative between the Justice & Security Institute and the Brighton Police Department to identify, measure and understand perceptions among the Black community about Monroe County police departments. The study will also help detect barriers to recruitment that hinder the hiring and establishment of a more diverse police force.

Alexander earned his bachelor’s degree in history and master’s degree in strategic leadership from Roberts Wesleyan College. He resides in Rochester.