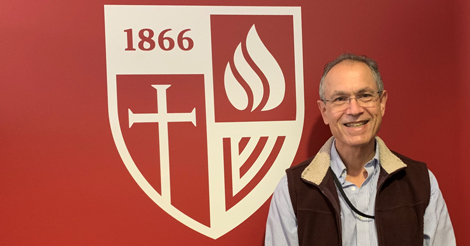 Dr. Nicholas DiFonzo, Associate Professor of Psychology, recently provided a book review of "Sandy Hook: An American Tragedy and the Battle for Truth."

Here is an excerpt from the story in "Wired:"

Political scientists began studying the spread of conspiracy theories about 30 years ago. Psychologists joined them less than a decade ago, partly in response to a surge in outlandish claims and mass delusions that spread on social media during the Obama and Trump eras. While the bulk of studies focus on understanding why individuals believe conspiracy theories, researchers like Nicholas DiFonzo delve into the role of conspiracy theories within groups, the prime vectors for their spread. DiFonzo, associate professor of psychology at Roberts Wesleyan College with a psychoanalyst’s empathic style, tapped eight decades of research into the spread of rumors to understand what motivates and sustains groups like Sandy Hook Hoax.

“Conspiracy theories are actually a subset of rumors.” - Nicholas DiFonzo