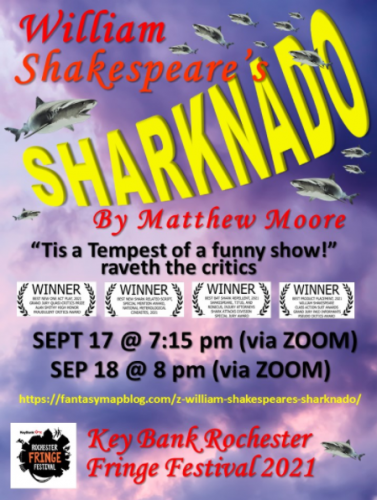 William Shakespeare's Sharknado is an original tour-de-farce parody of the campy modern classic of pulp cinema, Sharknado, but written in the style of William Shakespeare. Appealing to fans of the Bard and fans of really bad movies (not to mention fans of natural disasters involving airborne sharks), this play was performed live via Zoom for paying Fringe audiences.

Previously, Moore was a professional political cartoonist and had cartoons  published weekly for six years. He has also written 12 plays, some of which have been fully produced for the stage.