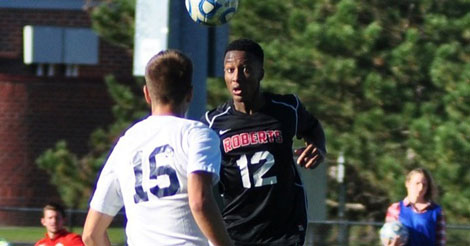 Malcolm Shaw'17 (Communication) was recently signed by the Canadian Premier League's first expansion franchise, Atlético Ottawa. Shaw scored 27 goals in his four seasons with the Redhawks, leading the team in that category in both his junior and senior seasons. He was named to the East Coast Conference’s second All-Conference team in 2015, and in 2016 the National Soccer Coaches Association of America named him to its All-East Region All-American third team. After spending this past season at Assyriska IK in Sweden’s third tier, Shaw looks forward to playing closer to his home in Pickering, Ont.