Home - About - Leadership - Office of the President 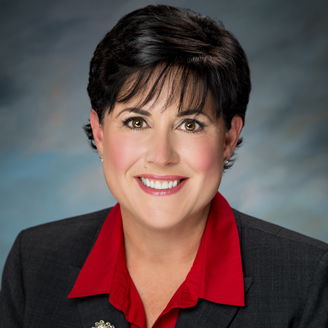 President Porterfield is a visionary leader with a passion for Christian higher education. As the College prepares for its sesquicentennial in 2016, Porterfield believes Roberts and Northeastern are positioned to be beacons of light in the northeast. As President, she will direct the legacy of these institutions into the future with a focus on equipping students– not only current students, but also alumni - who bring together their minds, hearts and hands to serve and transform our world.

Porterfield is a strong advocate of the ideas of B.T. Roberts, who, in 1866, founded Chili Seminary, which later became Roberts Wesleyan College. By providing the best education to develop students physically, psychologically, socially, rationally, and spiritually, the College and Seminary accomplish the motto of Education for Character and the mission of preparing Christ-centered men and women for faithful, effective ministry to the church and the world.

Mimi Wheeler, Assistant to the President

Mimi Wheeler has been at Roberts and Northeastern since 2005, previously working in the offices of human resources, advancement, and marketing. She holds a bachelor's degree in business administration from Houghton College. Mimi's husband, Doug, is a middle school science teacher in the Fairport School District. Mimi and Doug have three children and live in Brighton, NY.

Darryl Smith has been at Roberts and Northeastern since 2008. She is a life-long resident of Albion, NY. She graduated from Houghton College with a BS in Church Ministries and has served in various church leadership positions. She and her husband are the parents of six children and are now enjoying eight grandchildren. Eight of her family members are Robert’s alumni or current students.