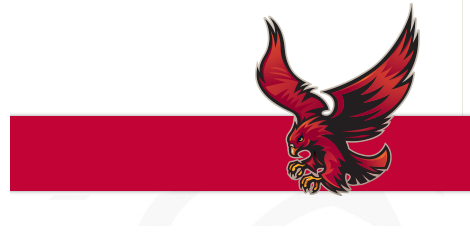 The summer provided a well-earned break for our student-athletes, coaches, and staff.  Spring sports concluded with post-season appearances for Men’s and Women’s Lacrosse, and three total ECC Championships! The Redhawks were busy as we also conducted a limited spring season for our Fall Sports, who also performed very well! We celebrated these successes as well as a strong finish in the classroom and an in-person commencement – even for our Final Four Women’s Lacrosse team!

Come along and get a rare behind-the-scenes look back at this season!
A Season Inside - A Look Back on a Historic Season

The accolades rolled in after the return to Roberts as Head women's lacrosse coach Kristin Paolini was  Named IWLCA East Region Coach of the Year and was recognized as the Division II East Region 2021 Coach of the Year as announced by the Intercollegiate Women's Lacrosse Coaches Association. Emily Tomei & Lindsey Brinkel earned IWLCA All - American Honors.

Men’s Lacrosse accomplished several firsts this spring, including earning their first postseason berth, recording their first playoff victory, and reaching their first conference championship game resulting in a narrow 7-5 defeat to top-seeded and host Mercy. The team was also recognized by the ECC for having the highest GPA among all Men’s Lacrosse teams (3.40)!

Third-year Head Coach Marion Sullivan guided the Redhawks to a 10-9-1 record this spring as Roberts won its first East Coast Conference championship and made history by qualifying for the NCAA Division II National Championships for the first time. All seven 2020-21 Redhawks team members are Section V high school graduates.

The Redhawks continued to soar in the classroom! Several Redhawks student-athletes made their senior honors presentations.  Women’s Basketball player Ari Carey earned the ECC Elite 19 Scholar-Athlete Award for having the highest GPA at an ECC Championship event.

Additionally, four women’s bowling student-athletes were recognized by the National Tenpin Coaches Association for their achievements in the classroom. To receive the award, a student-athlete must have a cumulative GPA of 3.4 or higher for the academic school year.

REDHAWKS THANK YOU FOR YOUR CONTINUED SUPPORT

The Redhawks Golf Scramble continues to secure resources that will enhance the quality of collegiate athletics experienced by student-athletes and help provide scholarships for student-athletes seeking an education at Roberts Wesleyan College.

Through the generosity of over 100 participants, a dozen volunteers and many returning, and some new sponsors, the 2021 tournament raised over $21,000 for which we are very thankful. Save the Date and join us on July 18, 2022, at Mill Creek and support your Redhawks!

The Millie - Roberts Wesleyan College, will honor the greatest women's bowler in Rochester history with the creation and endowment of the Millie Ignizio Bowling Merit Scholarship.  Awarded to a female Section V high school graduate, with a limit of one award per academic year to an incoming Roberts first-year student or transfer, this $7,500 scholarship is renewable for a limit of four varsity seasons and is now available for the upcoming 2021-22 academic year. Selection is based on superior bowling achievement, academic excellence, a strong commitment to volunteer community service, and admirable sportsmanship

Your next opportunity to support the Redhawks financially will be Thursday, September 23, 2021, with the Second Annual Homecoming Trivia Competition with Alumni & Reunion Hangouts Hosted by Bob Segave & Mary Flaherty. Join us for the fun and choose the Redhawks Club for your “Pay What You Can” Ticket!

Today we will be inviting fans back to see our Redhawks LIVE! Join the Redhawks club and get a season ticket!!!!