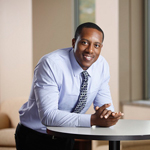 Herbert J. Alexander ’15 (History) and ’17 (Master of Strategic Leadership) has taken a position as the Chief Diversity Officer at Cayuga Medical Center. 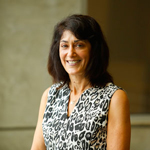 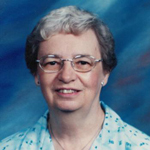 Born in Waterville, September 15, 1935, she was the daughter of William N. and Ida M. Clark Copeland. At that time her family lived in Albion. When the Copeland family moved to Rockland, she attended Rockland schools and at age ten Millie was baptized at First Baptist Church. After graduating Rockland High School in 1953, Millie worked two years at First National Bank of Rockland which at that time was located on Main Street.

She went on to attend Kings College in New York then transferred to Roberts Wesleyan College also of New York. While at RWC, she attended a missionary conference and heard about Wycliffe Bible Translators. After graduation, Millie taught business subjects at Glen Cove Christian Academy. The Lord began speaking to her about missionary service – using her secretarial abilities.

Wycliffe Bible Translator accepted Millie’s application in 1964. In those days, training included attending one of their linguistics institutes and 12 weeks of training at their jungle camp in Mexico. The women at First Baptist had a shower for her to help provide the cooking utensils, etc., that she would need during her training.

Wycliffe assigned her to be secretary to their Central America Director in Guatemala City. Millie left Rockland for her appointment in October 1965.

While working in the Central America office, Millie became aware of the need for a business teacher at Faith Academy in the Philippines. She applied for and received a transfer of acceptance at Faith. On June 29, 1973, Millie arrived in the Philippines where she served the Lord for the next 35 years at Faith Academy, enjoying her work with the students and learning of the work in Bible translation into many languages.

In June of 2005, Millie returned to the United States to live, but wanted to continue serving with Wycliffe Bible Translators. She became the Media Administrative Assistant in their office in Willow Street, Pennsylvania.

Millie was pleased after her retirement to be blessed with the strength to care for her sisters Aggie and Fannie. She shared the family’s Highland Street home with them where she kept beautiful rose bushes. A smile of delight would shine from Millie’s face anytime she had the pleasure of eating shrimp or ice cream.

Her love for the Lord coupled with her zeal for spreading the Gospel Message, found Millie involved in many areas of outreach at the First Baptist Church of Rockland. More recently she was a member of and enjoyed the fellowship at West Rockport Baptist Church.

Other than her parents, Millie was predeceased by five siblings, William, Fred, Christine, Aggie and Fannie Copeland. She is survived by one sister, Helen Fogarty Wing of Owls Head; many special nieces, nephews, cousins and extended family members, as well as two very special caregivers, Louise Lewis and Jean Boyce.

In lieu of flowers, memorial donations may be made to the Alzheimer’s Association, Maine Chapter, 383 US Rte. 1, Suite 2C, Scarborough, ME 04074; or to Maine Cancer Foundation, 170 US Rte. 1, Suite 250, Falmouth, ME 04105. To share a memory or story with Millie’s family, please visit their online Book of Memories at www.bchfh.com. 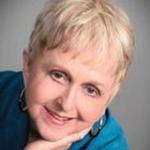 Josephine (Joey) L. DeBarr ’71 (Comprehensive Social Studies), 73, of North Canton, OH, born on Memorial Day, May 30, 1948 and left this world suddenly on Labor Day, September 6, 2021 following a brief illness. She always thought the parades were for her birthday celebration.

Joey was kind, sweet, generous, loving, smart, pretty; but most of all, a daughter, a sister, and a loyal friend. Joey was the youngest daughter of Anna C. (Downs) DeBarr and the late Rev. Duran L. DeBarr. Joey graduated 55 years ago from Wellsburg High School with the Class of 1966. She graduated from Roberts Wesleyan College in 1971; earned her Master's Degree from the University of Brockport State, New York in 1976; and later earned her Clinical Pastoral Care Education at Fairview General Hospital in Cleveland, Ohio.

Over the years, she worked at Roberts Wesleyan College, Dean of Women at Malone College, Ohio Mentor, Edwin Shaw, and her most faithful service as Chaplain at Akron General Medical Center/Cleveland Clinic, retiring in 2018. Joey was an avid blood & plasma donor. She was also known for her talented and beautiful style of calligraphy. Her faith was of utmost importance to her and was a member of Holy Cross Lutheran Church and was active in many other spiritual programs.

In addition to her 94-year-old mother, Joey is survived by her three sisters, Judy (Ronnie) Penrod of Follansbee, Linda (Rich) Smith of South Carolina, and Janet Leary of Follansbee, three nephews and a niece with a beloved extended family of 30 plus years, the David & Sandra Johnson family, where she was proudly referred to as "Nana" by 11 of the children, grandchildren, & great grandchildren.

In lieu of flowers, donations in her memory may be made to American Bible Society – Charity, Roberts Wesleyan College, DeBarr Scholarship Fund or Holy Cross Lutheran Church, North Market Avenue. Please add or view condolences, photos and stories at: www.chambersandjames.com including the broadcast of the Live-Stream Funeral Service. 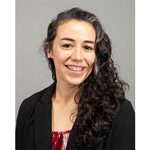 Sarah Phelan Dickinson ’14 (Biology) began her tenure as Assistant Professor of Biology at Geneva College in Fall 2021. For the full announcement on the Geneva College website, click here. 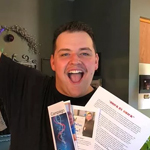 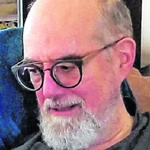 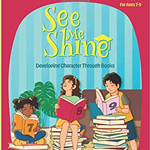 Rachel Traver Schwedt ’67 (English) recently co-authored a series of three books written out of a passion to see children exposed to good writing. See Me Shine: Developing Character through Books introduces anyone working with young people to titles that will engage children while teaching them positive character values. These books are based on an extensive thirty-year career as a librarian at Liberty University in Lynchburg, Virginia.

These titles, and other books which Rachel co-authored, are available on Amazon. Before working at Liberty University, she was a public-school librarian in Jamestown, New York and a private school librarian in Lynchburg. While at Liberty she directed the Curriculum Library and is now a Research and Instruction Librarian.

Rachel has given many presentations at professional conferences centered on her interest in children's books and Christian fiction. For several years she spearheaded a Writer's Conference bringing well-known authors and publishers to campus to encourage aspiring writers and professional educators. To learn more about her books on Amazon, click here. 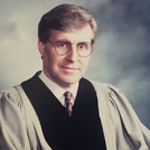 Reverend Bishop Gary R. Walsh ’68 (Religion-Philosophy) It is with profound sadness that we mourn the unexpected passing of the Reverend Bishop Garfield (Gary) Rupert Walsh at the age of 77 years on the morning of August 16, 2021, surrounded by family.

A generational Christian leader, Gary Walsh was an ordained minister in the Free Methodist Church. His journey in ministry included pastoring various congregations in both Canada and the United States; denominational leadership as the Bishop of the Free Methodist Church in Canada; inter-denominational leadership as President of the Evangelical Fellowship of Canada; global partnership development as President of Interdev; and global antipoverty initiatives as President and CEO of Opportunity International Canada.

Gary was a devoted follower of Jesus, and family and friends will now gather to seek His comfort and strength. Online condolences may be shared at www.ainsworthfuneralhome.com. 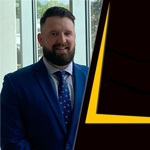 Alexander J. Williams ’15 (Cross Disciplinary Studies) was named the Head Men's Lacrosse Coach at The College of Saint Rose. Alex was a four-year starter for the Redhawk lacrosse team from 2012-15. He served as First Assistant Coach and Recruiting Coordinator at Roberts and most recently was First Assistant Coach at NCAA Division II member Frostburg State in Maryland where he helped lead the Bobcats to a 22-10 overall record. To read the full announcement on the College of Saint Rose website, click here.

Leah Crozier Williams ’76 (Nursing) retired from being a visiting nurse with an agency in Eastern Ontario at the end of June 2021. She also received the annual nursing award in May from her agency.. 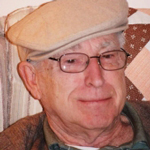