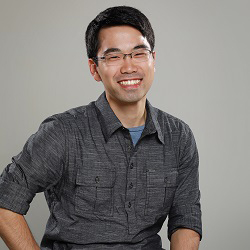 Determined to engage and inspire audience, Koki made his debut at age 18 at Benaroya Hall, performing the rarely-heard Conus Violin Concerto in E minor with Seattle Youth Symphony Orchestra under conductor, Stephen Rogers Radcliffe, as a winner of the concerto competition. Koki was the first violinist to play the Conus violin concerto at Benaroya Hall. In the same year, Koki won top awards at the Performing Arts Festival of Eastside (PAFE). Koki also has performed with the Bellevue Philharmonic at Meydenbauer Center in Bellevue, Washington under conductor Fusao Kajima, performing Conus Violin Concerto in E minor as a winner of the Bellevue Philharmonic Orchestra Young Artist Debut Competition. Recently, Koki was awarded the first prize in American Protégé Piano and String Competition and made a solo debut in Weill Recital Hall in New York.

Born in Japan and later moved to the United States, Koki started playing the violin at age 6. Then he studied with Mikhail Kopelman, Renée Jolles, Lynn Blakeslee, Ronald Patterson, Hsuan (Tony) Lee in the United States.

Since studying at the Eastman, Koki has been giving solo recitals annually at Eastman School of Music, as well as at George Eastman House’s Annual Concert Series. His repertoires include, but not limited to; H.I.F. Biber, Bach, Beethoven, Wieniawski, Brahms, Franck, Fauré, and Prokofiev.

Koki is also an active chamber music performer and enjoys performing with various musicians. While attending the University of Washington, Koki had a lot of chance to get exposed to chamber music performances. Motivated by the fact, he formed The Quantum String Quartet with his colleagues and the group was awarded the first prize in the University of Washington Strings and Piano Chamber Ensemble Competition. The group has given numerous performances, including playing for the American String Project, an appearance at Café Racer’s Racer Sessions led by trumpeter Cuong Vu, a concert with San Francisco Symphony Principal Bass Scott Pingel in the Barry Lieberman and Friends series, and The Quantum String Trio chamber recital, and in the University of Washington Contemporary Group concert.

Beside the chamber music, Koki is also well trained in orchestra. Koki was a former concertmaster of University Symphony at University of Washington. Recently, Koki has been appointed as a Concertmaster of St.Andrew’s Chamber Ensemble where the orchestra plays a one of a kind narrated story telling concert.

Not only in the concert setting, Koki often appears in masterclass, performing for various musicians. He has played for Elisa Barston, violinist with the Seattle Symphony, Gil Shaham, Frank Almond, and Leon Fleisher in chamber music master class. In 2016, Koki participated in a videoconference Master Class presented by Sibelius Academy, taught by Kaija Saarikettu.

Koki’s another passion has been teaching and he has taught in many occasions. From local elementary school to middle school music class, as well as privately. After attending the Eastman School of Music, he participated in string pedagogy class led by Dr. John Fetter and taught students at School No. 17. Currently, Koki holds a teaching position at American Music Centre in Greece, NY, and Roberts Community Music School in Rochester, NY.

Koki has also extensively involved in many volunteer services since high school and he was a volunteer member of “Nikkei Concerns”, an elder care home. He was scheduled to perform several music, ranging from traditional Japanese music to light classical music. During the performance, Koki always performed with his mother who played the piano. Koki was also a ballet dancer, having studied at the Pacific Northwest Ballet School and danced in many productions with ballet companies for 15 years.