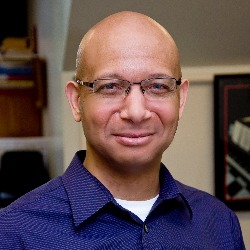 Dr. Jeffery McGhee, baritone, is Professor of Voice at Roberts Wesleyan College. He received the Doctor of Musical Arts degree from the University of Wisconsin-Madison, where his final DMA research project was entitled, IN PURSUIT OF CONNECTEDNESS: A Learning Guide for Young Singers and Those Who Teach Them. While at the University of Wisconsin- Madison, Dr. McGhee performed the roles of Alidoro in Rossini’s La Cenerentola; the poet in Salieri’s First the Music, Then the Words; the Baron in Verdi’s La Traviata; the Leader in Kurt Weill’s Lost in the Stars; and El Gallo in The Fantasticks.

In a season with Opera for the Young, Dr. McGhee portrayed the role of Belcore in Donizetti’s The Elixir of Love. With the Ohio Light Opera company, he has also performed the roles of the Pirate King in The Pirates of Penzance and the Counsel in Trial by Jury, both by Gilbert and Sullivan. In 2009, Dr. McGhee was the featured soloist with the Rochester Oratorio Society in their concert, Partners in Freedom: Lincoln and Douglass, which also featured The Morgan State University Choir and the Bach Children’s Chorus.

He has appeared as a soloist with the Rochester Philharmonic Orchestra in A Holiday Concert (2010), as narrator for their Liberty for All: A Salute to Veterans program (2011), as narrator/soloist in their educational performances of The Composer is Dead (2012), and as narrator/soloist in their Around the Town concert: America’s Musical Roots (2015). Dr. McGhee has also performed art songs and spirituals on the Live from Hochstein (WXXI) radio broadcast (2012, 2015) with Dr. Michael Landrum.

During the summer of 2016, Dr. McGhee was awarded a summer scholarship grant to develop a lecture recital centering on the Life and Spirituals of H.T. Burleigh and those composers who have followed in his footsteps. In collaboration with Dr. Landrum, they have performed this recital at the University of Southern Mississippi and the University of Wisconsin-Madison, at churches, and most recently at the NYSSMA Winter Conference (2017), with an upcoming performance in Jacksonville, Florida.

Dr. McGhee’s students have gone on to pursue graduate degrees in Music Education, Performance and Pedagogy, and many are successful music educators in VA, CA, NY, and throughout the United States.

D.M A. in Vocal Performance - University of Wisconsin-Madison