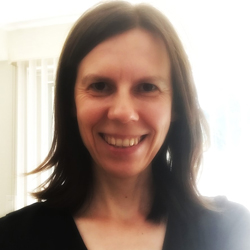 Dr. Silmere was born and raised in Estonia – a small northern European country that was occupied by the Soviet Union at the time. She witnessed the collapse of the Soviet Union and the multiple positive societal changes that followed, including the birth of the social work profession. Dr. Silmere came to study in the United States after high school. She completed a double major in social work and psychology at Spring Arbor University in Michigan. She then moved to Missouri to earn her MSW at Washington University in St. Louis. Her post-MSW experience involves working as a school social worker and psychologist in Estonia. Dr. Silmere also volunteered as a mental health counselor at a summer camp by Lake Michigan for five summers. After two years in Estonia, Dr. Silmere returned to the United States to complete her doctoral studies and post-doctoral fellowship at Washington University in St. Louis, after which she moved to Rochester, NY and has been teaching at Roberts since 2009.

Dr. Silmere is the key research professor at the Roberts MSW Program. She strives to help students develop an appreciation for and ability to use research to improve their social work practice. She has also mentored students in research projects and presented with them at national conferences. Dr. Silmere’s key research interests include international social work, environmental justice, and positive youth development. She has taken social work students to cross-cultural trips to Estonia and also participated in cross-cultural trips to Jamaica and South Korea. Dr. Silmere has presented at numerous conferences and co-published several scholarly articles. Below is a brief record of select presentations and publications: