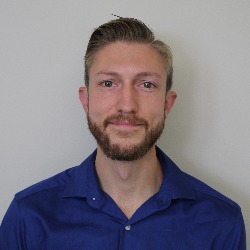 Colin Gordon is a saxophonist, composer, and music educator residing in Rochester, NY. Originally from Corning, NY, Colin began playing saxophone at age nine and by the time he was in high school was performing regularly with a variety of local musicians. Colin went on to pursue his musical training studying with distinguished artists Steve Wilson, Jon Gordon, Michael Moore, Eric Alexander and Ramon Ricker. He formally studied music at SUNY Purchase, Prince Claus Conservatory (The Netherlands) and received his Doctor of Musical Arts (DMA) at Eastman School of Music in 2018.

Colin has won various awards and prizes, including his most recent DownBeat in 2017. Colin has performed extensively in New York City at venues such as Smalls, Birdland, Smoke, ShapeShifter Lab, and Symphony Space. He has also played at numerous international jazz festivals and clubs throughout The Netherlands, Germany, Poland, Lithuania, Latvia, and Estonia. Most recently he was a featured soloist with the UNLV Wind Orchestra at the Festival des Anches d'Azur in La Croix Valmer, France.

While many of his greatest influences include jazz greats such as Charlie Parker, Sonny Stitt and Lee Konitz, Colin has also found inspiration in various musical cultures throughout the world as well as a newfound passion for the more academic realms of classical history and theory. He is currently finishing a book on polyrhythms, and has another long-term goal of writing a second book regarding microtonal music in jazz after receiving an award from Eastman's New Venture Challenge.