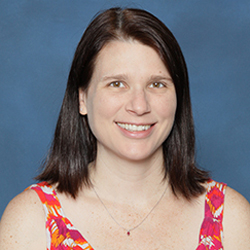 “ All our dreams can come true, if we have the courage to pursue them. ” – Walt Disney

Dr.Fazar grew up as number four in a blended family of ten children.  She enjoys traveling, especially visiting family in Minnesota when she gets the chance.  She loves exploring non-inertial reference frames on roller-coasters and putting up multi-frequency photon emitters at Christmas time.  She is also a fantastic π maker.  Her favorite place in the world is Walt Disney World in Orlando, Florida, and she hopes to explore the physics of movies and entertainment there someday with a group of her favorite students.

SPS – Society of Physics Students – Students who have taken 3+ semesters of physics are eligible to become a part of this group of students.  This group has had a few events since its induction in the summer of 2009 with pizza movie parties and a trip to an AAPT (American Association of Physics Teachers) conference in the fall of 2009.  Gain access to scholarships, opportunities and camaraderie by joining us!

AIP – American Institute of Physics
Want to know what you can do with a physics degree?

Contracted to characterize diode behavior of a HgCdTe detector array for a proposal by JPL NASA.  Developed theories explaining dislocation induced and/or enhanced surface and tunneling dark currents exhibited by the device diodes.  Delivered a twenty page paper characterizing the device and explaining the theories in detail to JPL.

Doctoral Research.  University of Rochester, 2000-2007. Contributed to the development of long wave infrared detector arrays for space based astronomy in the following ways: Characterized diode behavior by modeling with material parameters, experimentally determined best diode configuration for LWIR space application, developed programs in Interactive Data Language (IDL) to characterize the dark current for each pixel in an array, detected and investigated the presence of burst noise in the source-follower unit cell FET, developed programs in IDL to characterize the phenomenon, and investigated how to correct for and prevent burst noise. Adviser: Dr. Judith Pipher, Department of Physics and Astronomy